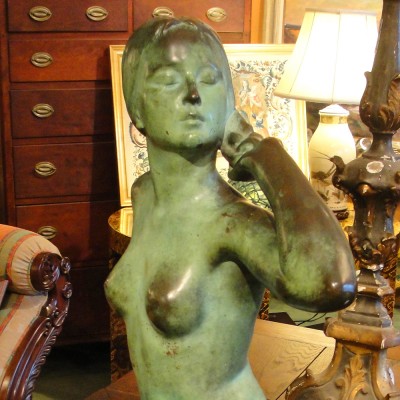 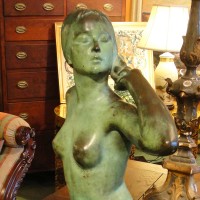 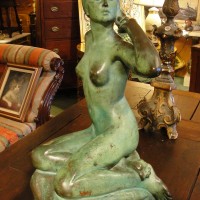 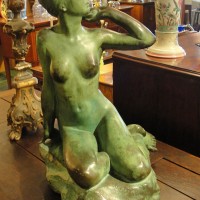 Leonard Craske was born and raised in London, England, spent two years as a medical student at St Thomas’ Hospital Medical School. During this time he also studied drawing and sculpting. After emigrating to the USA and settling in Boston, he became an accomplished and celebrated  sculptor, creating the well-known Fishermen’s Memorial in Gloucester, Massachusetts, the work for which he is best remembered.  One of America’s most important sculptures,  “The Gloucester Fisherman” also known as  “The Man at the Wheel”  is a monumental bronze statue sited  in a commanding position on Gloucester Harbor. Commissioned to celebrate the 300th anniversary of Gloucester’s founding,  Craske intended his work to welcome the ships and crew members returning to Gloucester Harbor and to commemorate those who have lost their lives at sea.
Leonard Craske was a member of the Copley Society and exhibited at the Pennsylvania Academy of Fine Arts.