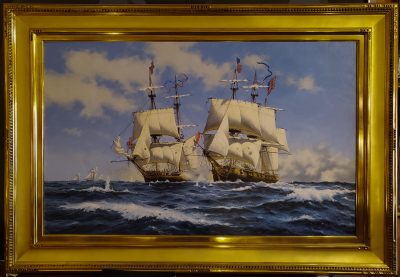 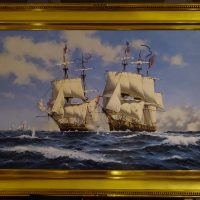 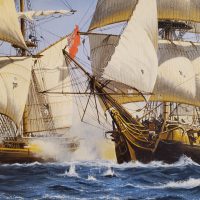 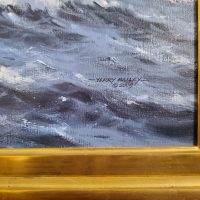 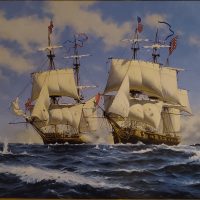 Terry Bailey was born in Manchester in 1941. He gained a place at Manchester College of Art then pursued a career in Advertising as an illustrator working freelance for many agencies in London and Manchester.
Terry moved to the Westcountry in 1970 to concentrate on fine art and an interest in boating which resulted in a move towards Marine subjects.In 2001 Terry was chosen to paint the Trophy prizes for the first, second and third places of the J Class Round the Island race of the Americas Cup Jubilee taking place in Cowes from the 18th to 25th August. These paintings were shown at the Royal Yacht Squadron Cowes during the Jubilee.Commision work undertaken.
Terry was chosen by the Federation of British Artists to exhibit at the Mall Galleries in London to commemorate their 50 year anniversary exhibition ‘PURE GOLD’ He and his wife continue to live in St. Just in Roseland, Cornwall. He is a member of the Royal Society of Marine Artists.

Please email us for more information on this item
This entry was posted in ART, NAUTICAL. Bookmark the permalink.